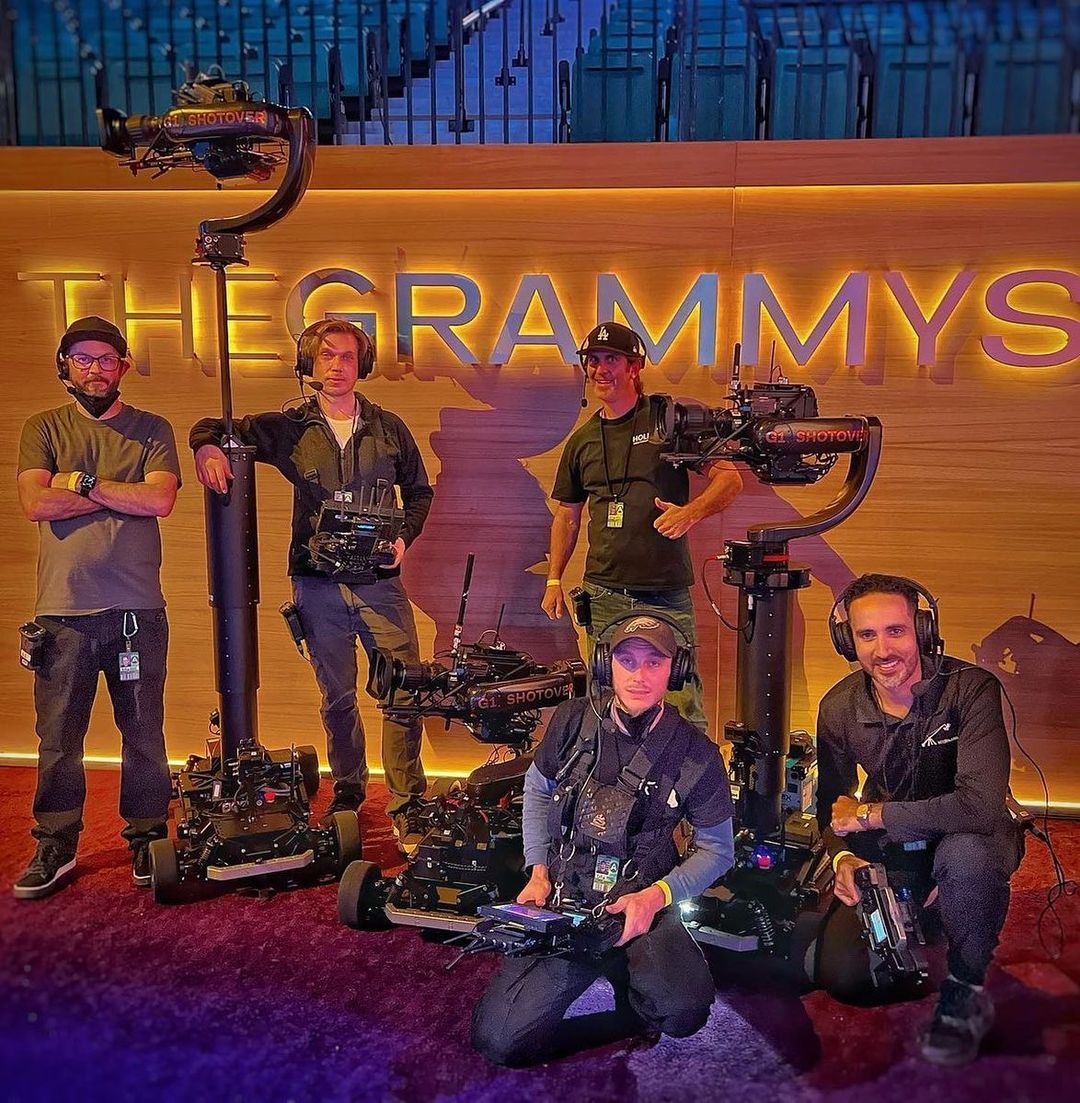 “I have a long history of working with director Hamish Hamilton and technical manager John Pritchett, who was in charge of all technical aspects of the Grammys,” explained Perry. “Hamish wanted to experiment and try something different for this year’s broadcast: Three AGITOs in Sports mode.”

According to Perry, Hamilton chose to use the remote controlled free-roaming AGITO Sports because he didn’t want to see dolly tracks in his wide shots, and he also did not want to limit where the AGITO could go for certain performances.

“He wanted the AGITO’s to have the ability and freedom to go anywhere in the venue, including backstage,” said Perry. “As long as we have highly skilled pilots and several safety measures in place, we knew we could accomplish Hamish’s vision.” 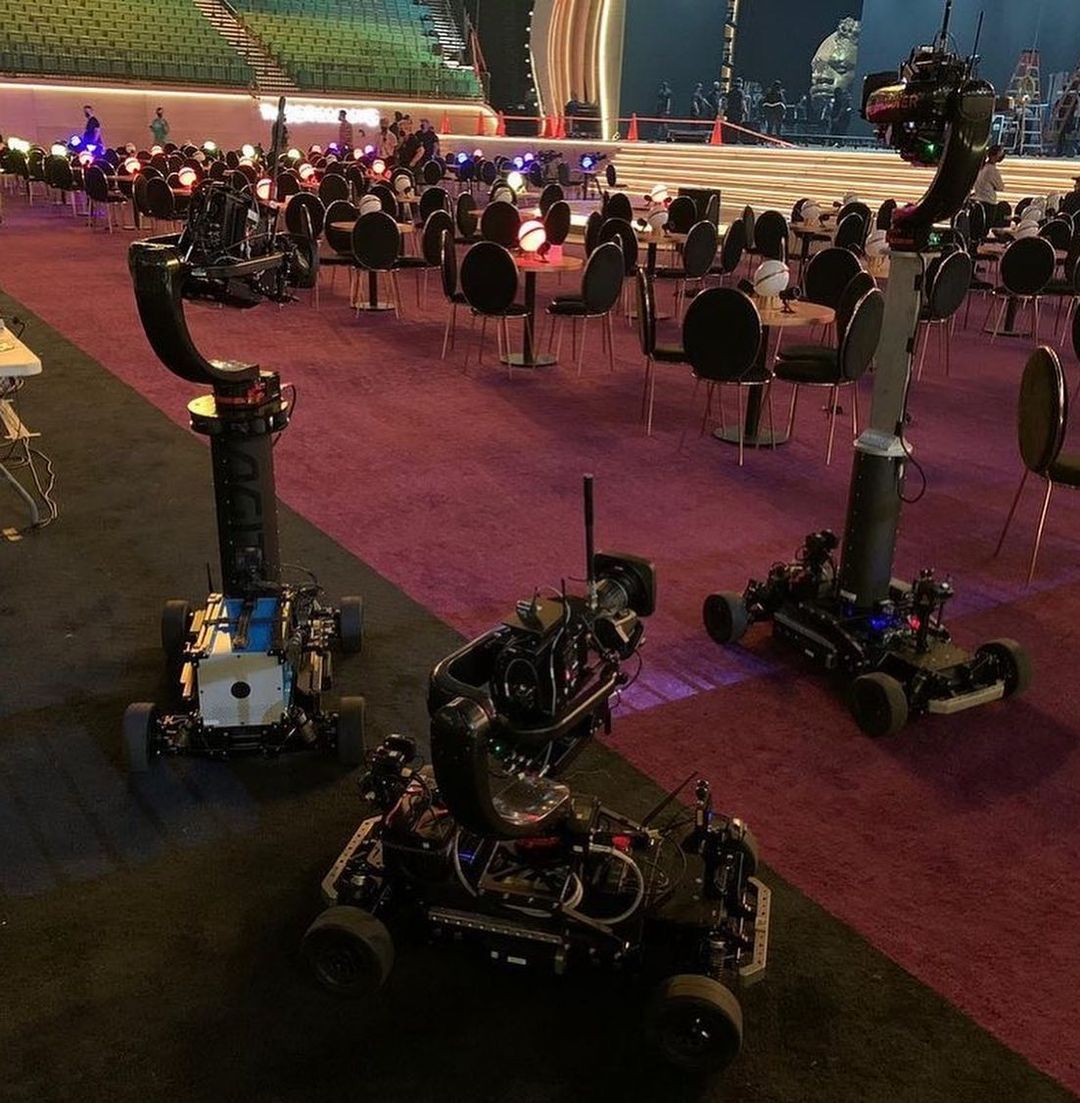 Each of the three AGITO Sports were equipped with SHOTOVER G1 gyro-stabilized gimbals and Sony HDC-P50 compact system cameras in a wireless configuration, provided by Aerial Video Systems (AVS).

The AGITO Sports platforms were each set for different heights for artistic flexibility for Hamilton. “One was in low-mode with a lens height of 18 inches,” said Perry. “The second was on a standard tower with a height range of 3-6 feet, while the third was on a tower with a riser giving the camera 6-9 feet of height.”

And how did this use of multiple AGITOs in Sports mode work? “Hamish was very happy that this experiment was a tremendous success, and that it contributed significantly to the look of the show,” said Perry.

“This is yet another live awards broadcast that has relied on AGITO to provide directors with shots that engage and captivate audiences,” said Rob Drewett, CEO and Co-Founder of Motion Impossible. “As directors, producers and executive producers see the capabilities of the AGITO, the call goes out because they want to use the AGITO as well. Plus, with our new MagTrax systems (which was recently used in combination with our Shotover G1 at the 94th Oscars), AGITO Sports users have the option of having the system follow a magnetic strip laid on a surface, underneath a carpet or embedded within a set. The magnetic strip can be arranged in various creative ways beyond what you can do with a regular track, including moving from one strip to another.”

The AGITO MagTrax autonomously follows each path while freeing up camera movement control for single operator capability. Watch this space.