Over the course of two matches at the start of November, the Portland Timbers became the first team in Major League Soccer (MLS) to feature the AGITO Sports modular dolly system as part of live broadcast coverage from its home ground of Providence Park. Operating in a dedicated area along the touchline in its (free motion) wheeled configuration, the AGITO Sports enabled the broadcast team to keep pace with the action for the whole 90-minute game, as well as providing the flexibility for a range of other shots — all in a safe and remote manner.

The AGITO was deployed and operated by Las Vegas-based specialty camera support company, JIB TEK LLC, which has already used the system several times in sports broadcasting, notably in its tracked configuration as “MLB Network’s Speed Cam”. Using the Sports drive ends, allows the AGITO Sports to effectively become the world’s first multi-terrain robotic dolly system. Being fully remote controlled, it also means that a remote camera can run a touchline without worrying about cables, rails or other fixed equipment proving a hazard to players, coaches or broadcast staff.

“Providence Park is the oldest soccer-specific stadium in MLS, with not much space between the pitch and the advertising boards, but we were able to run safely along the pitch side while ensuring that we kept ten feet away from all people at all times, said Patrick Kligel, JIB TEK’s owner.”

Using it in Sports mode not only gave it greater opportunities to range round the pitch when play wasn’t underway — such as to track the players coming out, or getting closeups of the Timber’s mascot Timber Joey, who uses a chainsaw to cut a slab off an enormous log whenever the home team scores — but it also gave the team greater speed and responsiveness too.

“The drive train is really efficient and responsive; you have a really quick start and really quick stop, as well as being able to move in your own direction and shoot your own angles” says Kligel. “When you put the AGITO Sports on a field and you have free run capability, you unleash the beast; within the boundaries of safety, it can go anywhere and it can do anything.”

“The AGITO Sports allowed us to not only put a camera safely on the field, but was also able to get close to the players while providing smooth and steady pictures, getting some really unique perspectives,” said Patrick Brown, Director/Coordinating Producer at Root Sports.

“Patrick and his group from JIB TEK made things super easy for us and they really delivered a turnkey system; here’s a cable, plug it into your remote dolly, and you have a camera. If I was to get the opportunity again, I would definitely use it every time I could. In a scenario where there was a full stadium the AGITO Sports could do some neat stuff and I would really love to see that.” 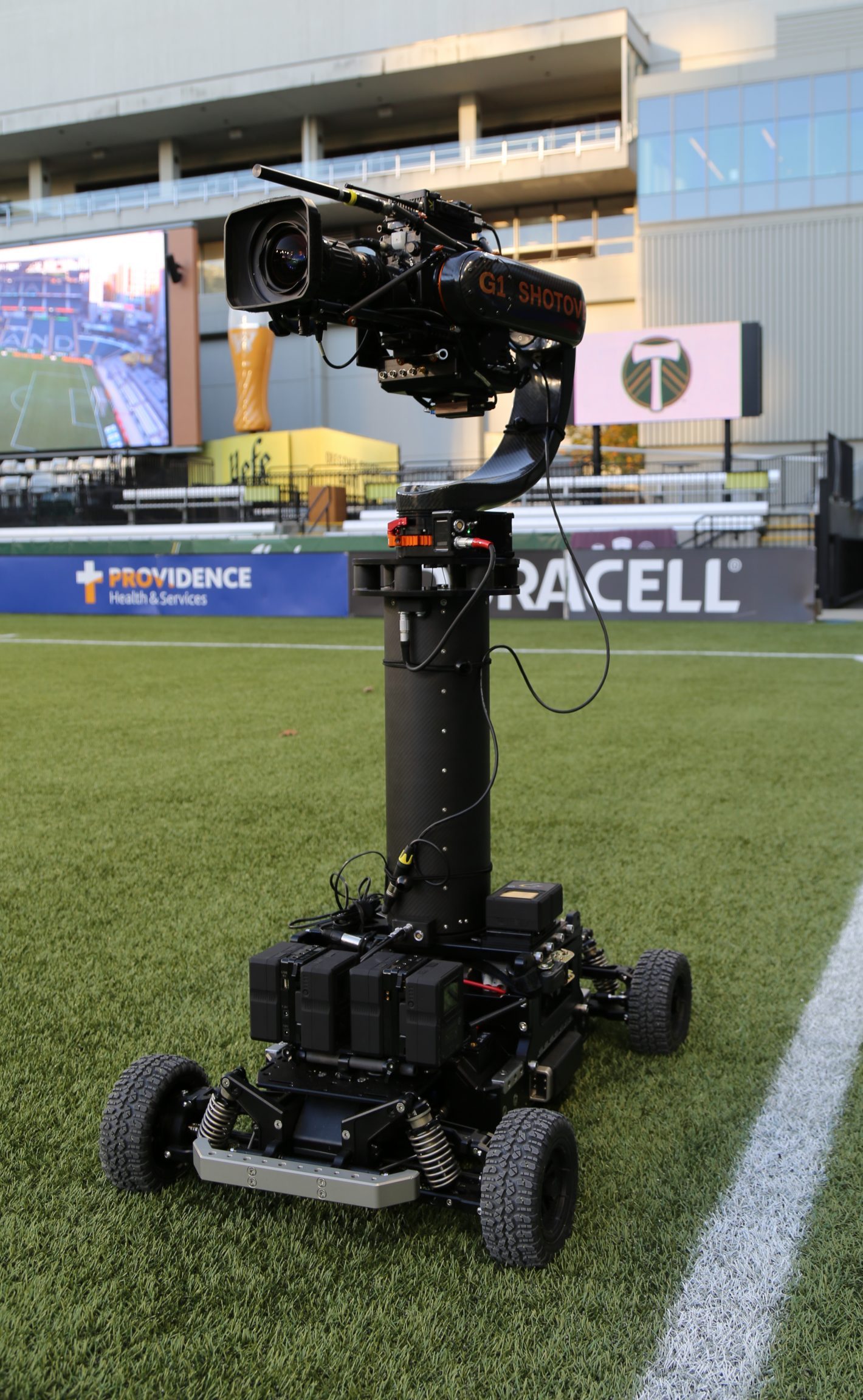 While a convenient replacement for Steadicam under current COVID conditions, meaning one less camera operator in production bubbles and less worry about virus transmission, Kligel maintains that the AGITO Sports is a good alternative under any circumstances.

“For a start, we can get tighter on the lens than Steadicam can because we’re a gyro-stabilized head and not a balanced gimbal, also, you watch a Steadicam operator towards the end of a match and they’re not moving much,” he says. “Steadicam is a great tool, but it’s tiring to use and the operators can start to show fatigue through the course of a game. The AGITO Sports gives us exactly the same speed on demand throughout, meaning we can keep up with the action and the players moving down the touchline whenever the ball comes to our quadrant at whatever point in the match.”

“In a year when fans around the world have limited stadium access, AGITO Sports did a great job of giving Timbers supporters a front row seat,” comments Matt Smith, Vice President of Broadcasting, Portland Timbers. “Soccer is dynamic and makes frequent use of the channels along each sideline. AGITO Sports is uniquely positioned to capture that aspect of the game in a way we have not seen before. It not only showcased the speed of the game, but enabled us to track and capture the on-field experience of a play developing. There were times I truly felt like one of the referees roaming the sideline.”