AGITO offers multiple configurations to suit your filming needs, it’s a swiss army knife for film-makers. As a free-roaming dolly system, the AGITO can create smooth camera movements up to two metres in height.

This single system takes the movement of many types of equipment including rickshaws, jibs, dollys, sliders and tracking vehicles. It puts them all into one compact package that is easy to set up and operate. The AGITO is faster, more accurate and repeatable, by using precise encoded motors that have smooth and accurate control at any speed. The simplicity of the system helps reduce production costs making the AGITO the most affordable way to capture high-end cinematic movement.

We know that no two jobs are the same, so we built AGITO to be able to tackle many different scenarios. Our systems had to be application-specific, adjustable and flexible enough to handle the user’s creative requirements. It has been developed as the only fully modular dolly system capable of working both on track and free-roaming.

By separating the drive ends from the main chassis it allows them to be swapped out depending on use, expanding the AGITO’s potential. The modules take seconds to swap out and can easily perform the tasks from various track and jib equipment without an excessive setup time. 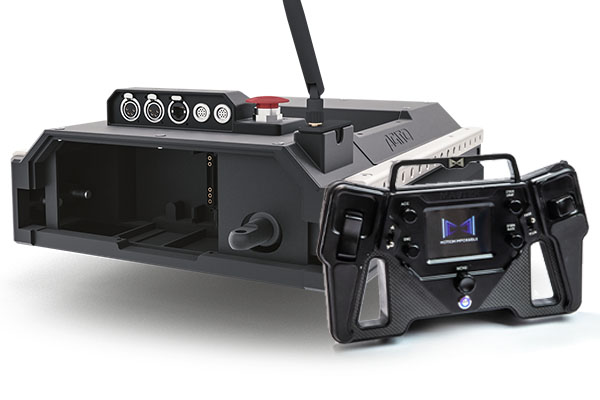 The CORE is the primary building block of the AGITO system, housing the power distribution, modular RF data link, and drive control.

The MASTER is the ergonomic handheld controller for the AGITO. Featuring fine-tunable speed and steering controls, 30 minute recordable movements and I/O for accessories such as foot pedals.

See how it works 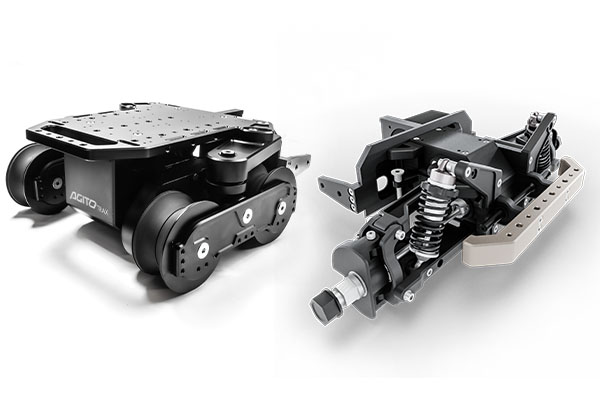 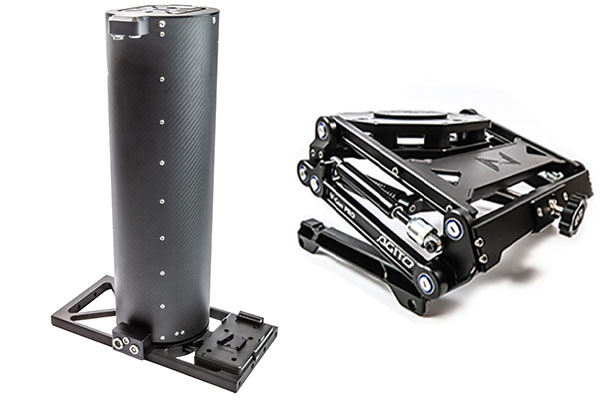 Our mounting solutions gives you a variety of different options for attaching your payloads. You can stabilise through rough terrain at high speed with the V-Con Pro, raise the camera to new heights with the AGITO Tower or use your own rigging using our fixed Mitchell Plate. All using our easy to use rail mounting system.

Fast or slow – your choice

The AGITO uses the top of the range motors and electronics to allow smooth motion from a slow crawl up to high speed, even in the same shot, without any gear change!

With two independent motors, the AGITO has more than enough power to quickly move heavy payloads up to 32kg and has the torque to move even heavier payloads with ease. The AGITO uses encoded motors to enable the highest precision possible and allowing for recordable movements.

The benefit of having so much torque is the ability to smoothly control slow speeds. So as well as going fast the AGITO also has a minimum speed of only 1cm/s which makes it perfect for long hyperlapses, slider shots, and studio filming.

Track or free – your choice

Thanks to the AGITO’s unique modular design, you can swap out the drive ends with ease, without needing to modify any other part of the setup. That means you could be shooting something on track one minute, to be free-roaming the next. There’s no need to strip down the system and rebuild it on another rig, saving crucial time and effort on set.

We are constantly developing more drive ends for the AGITO, which will all be compatible with the AGITO core, which means that the AGITO’s potential for movement will only ever be expanded further.

High or low – your choice

We know that every shot is different, which is why we’ve made available to you the ability to customise the mounting options for the AGITO. With capabilities for any height between ground level up to 2m or even higher!

The AGITO provides a solid platform to build any kind of rig, if you want to raise the camera up high, or if you want to get it super low, the options are all there to help you get smooth and solid footage.

When fitted with Sports ends your AGITO becomes the world’s first multi-terrain robotic dolly system. Whilst it’s ideal for filming sports, this set up is perfect for all types of film making. With four-wheel drive, adjustable suspension and top speeds of 32 mph, it can revolutionise any production. 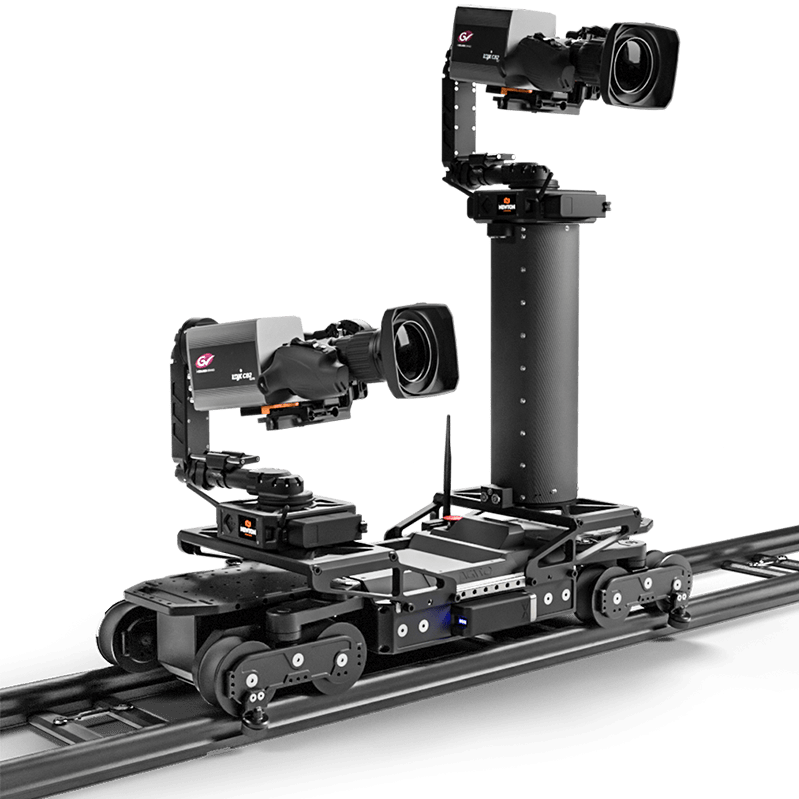 When you add the Trax to the AGITO Core, your system becomes a remotely operated track dolly that is ideal for use in studios or venues where the safety of a pre-set path is required. The compact and low profile design means the camera becomes as invisible as possible in the environment. 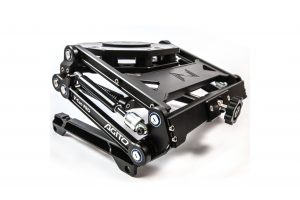 The V-Con Pro is a fully tuneable low-level vertical axis stabiliser.  It removes vibrations and smooths out lumps and bumps in the terrain without introducing any unwanted swaying, keeping your footage as stable as possible. Capable of stabilising payloads up to 32kg. 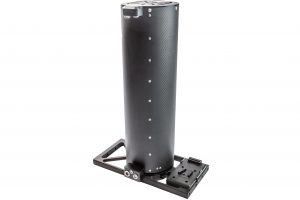 The tower takes the AGITO to new heights by adding jib movement. With a stroke of 70cm the TOWER gives adjustable camera heights up to eye level. Payloads up of 30kg in Trax mode and 20kgs in Sports mode., whilst reaching speeds of up to 200mm per second. 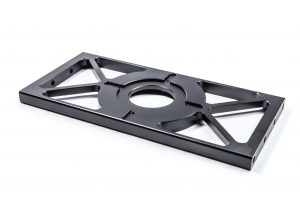 The Mitchell mount provides a solid mounting solution for the AGITO. Allowing you to either mount your remote head directly to the chassis or use your own rigging to build a specialist rig.

MASTER – The Art of control

The Master Controller is an intuitive and accurate control interface for the whole AGITO system. It has an ergonomic design that feels powerful when its in your hands. It has many fine-tuneable settings and features so the system responds to exactly how you want your shot to come out. 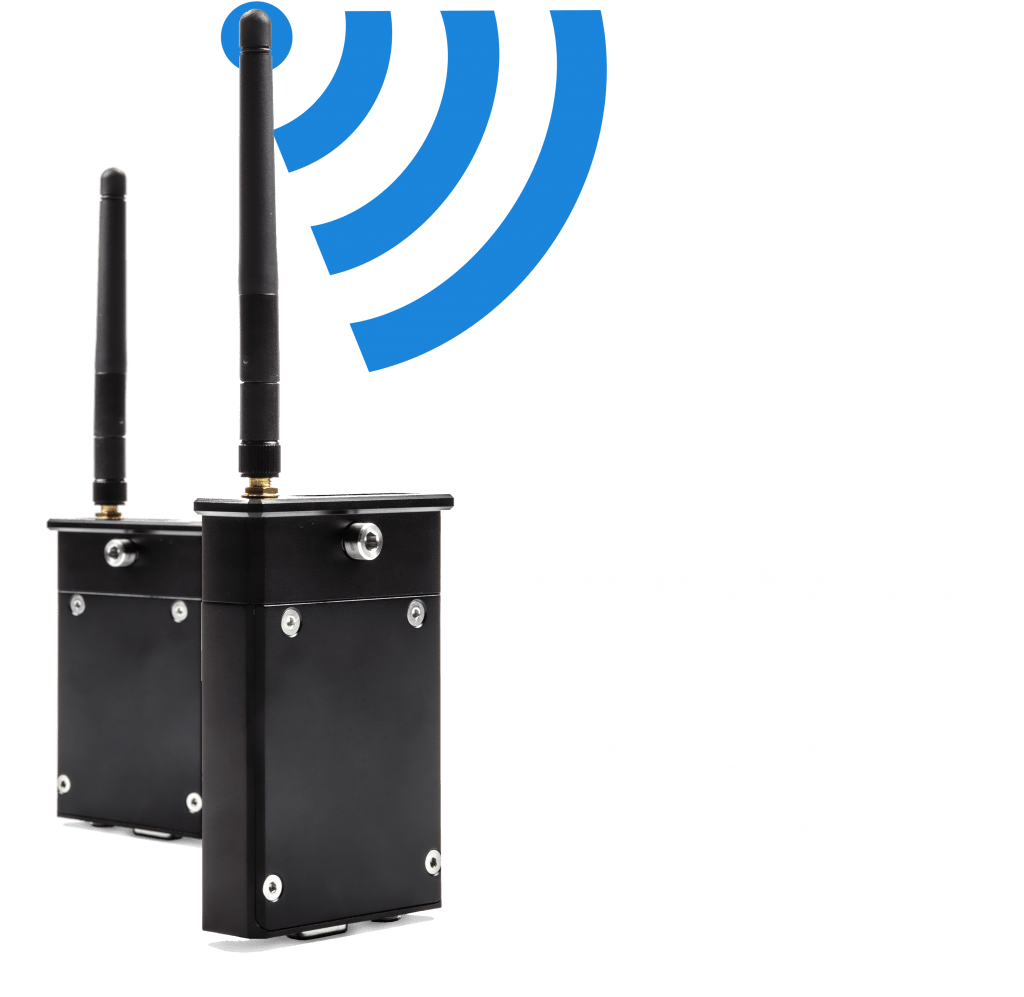 The RF on the AGITO is robust, however, we know that RF can often work in mysterious ways, so we have you covered. The AGITO features a removable RF module, so you can easily swap between frequencies or even use hard-wire or your own RF solution.

The modules available are:

The AGITO has been upgraded to include new regenerative braking. This enables the AGITO to dump the power generated by the motors during braking and put it back into the batteries. Extending the runtimes and significantly improving braking response.