In its 88thyear the iconic race faced the same challenge many live sports had to deal with in 2020 and what’s looking likely to continue into 2021.That is bringing a huge live event that is often enjoyed by thousands of spectators, adding to the atmosphere, to broadcasting from behind closed doors, without losing the energy.

The gruelling 24hr endurance race was originally delayed, finally being allowed to take place during September instead of June, but without any fans, at the Circuit de la Sarthe. However, Nova Grip were able to put AGITO to good use, managing the tricky task of getting up close live action shots whilst staying socially distant, from several areas of the lengthy Le Mans circuit. Meaning that the close to 63 million spectators in 57 different countries were still able to watch fabulous coverage of the race and feel like they were actually there.

A different and more intriguing perspective

“This is the first time the machine that is AGITO has been rolling on a car race! During the opening ceremony she allowed travelling at high and low speeds despite the many obstacles, distancing, narrow lanes and moving cars” says Yann Couvrand – AGITO Operator

The remote dolly system was an important tool during the broadcast in helping to capture the action with never before seen live footage.

“No other machine is able to move around the circuit,” comments Adrien Perrault – AGITO Operator. “Given its invisibility, we were able to position AGITO on the pit lane where the remote dolly system could capture closer car details and film the start of the race. The footage is just incredible!” he adds.

With AGITO offering multiple configurations, allowing smooth motion from a slow crawl up to high speed, without any gear change. It provides the perfect solution for any scenario where there is a need to become “immersed” within the action and to create footage from a different and more intriguing perspective. Exactly what was needed when filming the Le Mans24. 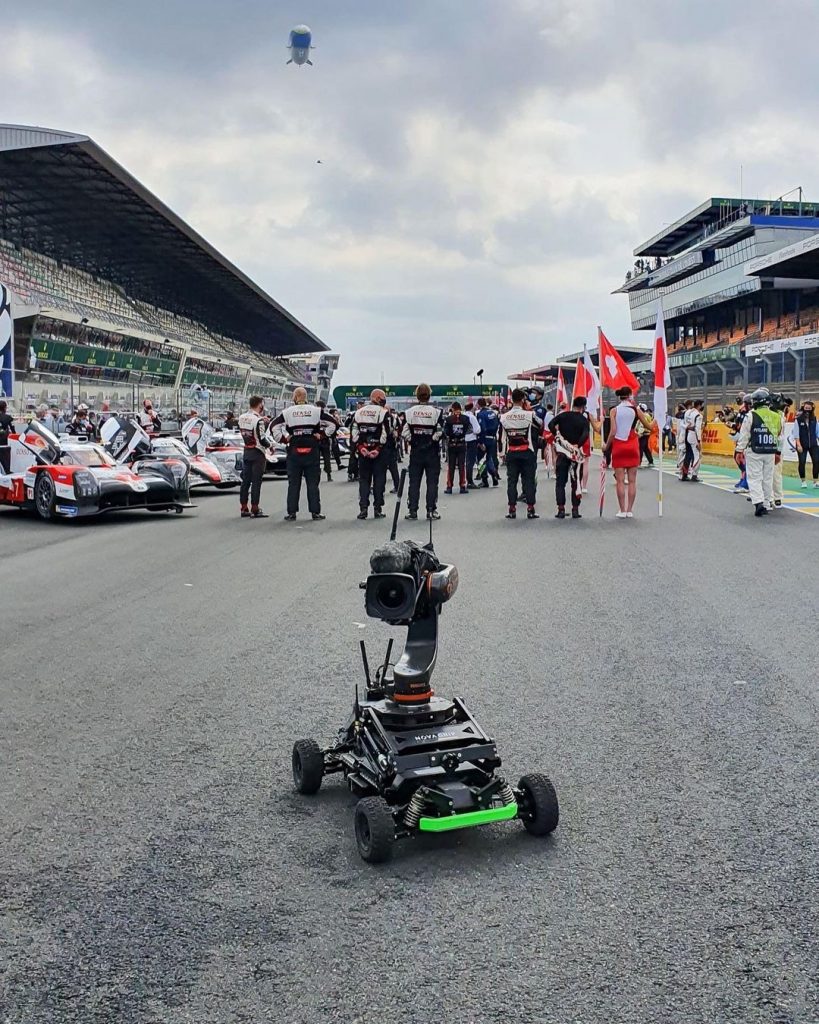 “We have been thrilled to see the AGITO debut at Le Mans. Increasingly, camera operators and production teams are having to turn to remote filming solutions to be able to apply the correct safety measures needed as a result of COVID-19 and we are proud to be able to offer an award-winning and leading solution,” comments Robert Drewett, CEO and Co-Founder of Motion Impossible.