There is no room for failure when shooting a show with more than 350 million viewers in more than 200 countries. Jon Richards, series director at Top Gear, is constantly on the lookout for new technology and kit that can continue to push the creative boundaries of the show. Most recently, he came across Motion Impossible’s AGITO, bringing it on set to capture some of the most spectacular high-speed shots in television.

Jon’s relationship with the AGITO has been described as ‘love at first sight’. There are two core requirements when filming Top Gear, one is to capture the essence of speed, and the other one is to ensure the crew’s safety at all times. The AGITO, free-roaming remote dolly system, is capable of offering both and when seeing it live for the first time Jon immediately understood what it was capable of doing.

“Safety on set is incredibly important for us and it is with tools like the AGITO that you can take further risks and push creativity without putting human lives in danger” described Jon Richards.

When tackling speed and movement, the AGITO is the tool of choice for many production teams, allowing smooth motion from a slow crawl up to high speed, without any equipment change. The dolly is capable of shooting at an impressive 27 mph. As described by Jon, the irony of filming cars is that a car doesn’t look fast on camera, and filming requires unique shots to transmit the true impact of their speed. Operating the AGITO when shooting for Top Gear was Motion Impossible’s own Rob Drewett, acting as cameraman operating the head, and Alex Harrison, operating the AGITO. One of the most iconic shots that they were able to capture was the Top Gear ‘joust’, a shot where the AGITO drives towards the car moving parallel to it as it drives past.

“Getting the ‘joust’ shot right is not something that can be done with many other tools, with a Russian arm for example, the vehicle would get in the arm’s way, and doing it with a person would be unstable and would put the person at risk” described Alex Harrison.

Another shot where the AGITO was used was on the outside or inside of a bend, a strategic point to capture speed. Placing the AGITO instead of a person allows for maximum crew safety as there is no risk of potential accident or injury to the camera operator. Static cameras can also be used for these shots, however, the AGITO adds its own movement bringing an additional sense of drama to the scenes captured. 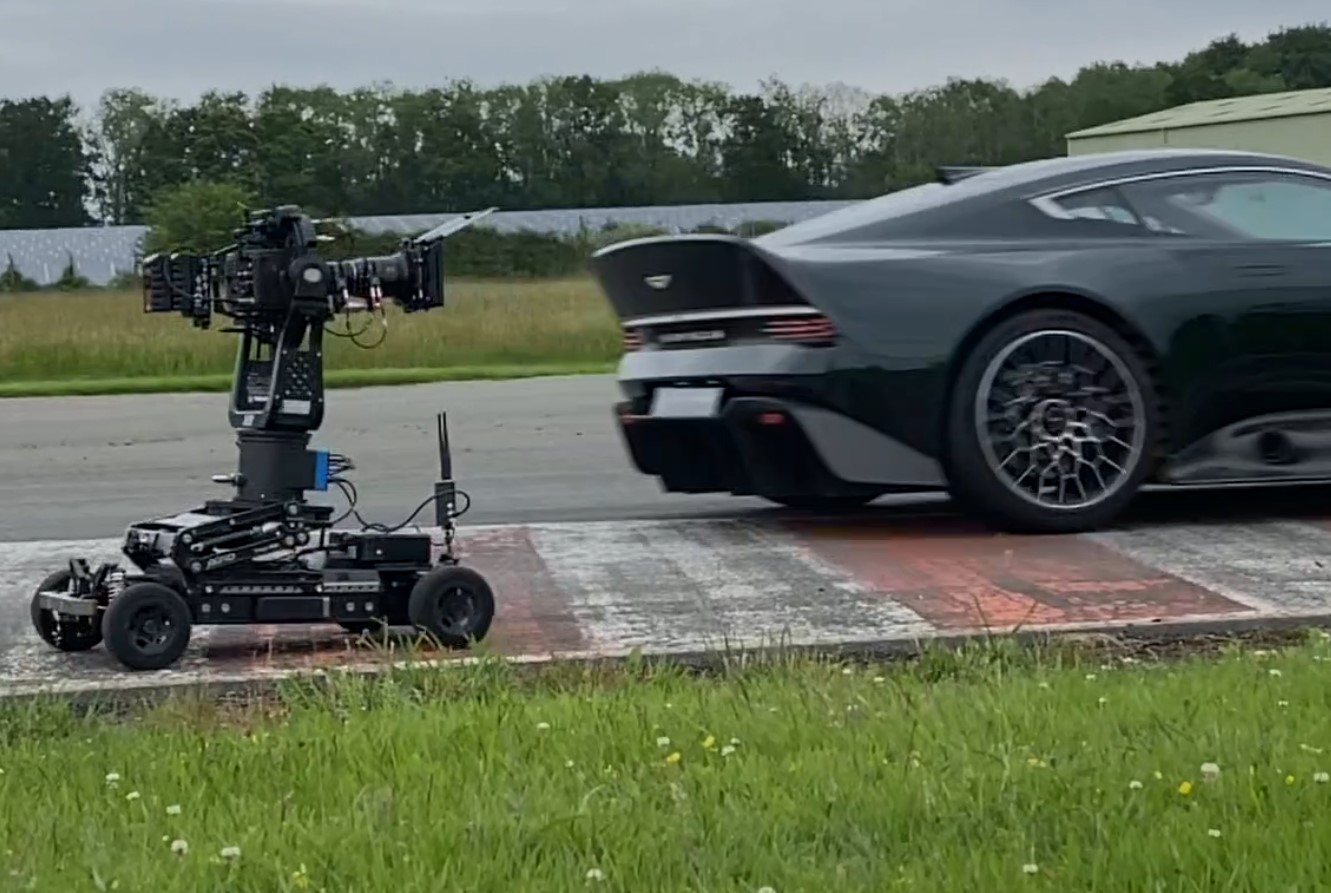 “The remote functionality of the AGITO provides another layer of creativity for the director and cameraman, enabling movement in whichever direction you choose, shooting your preferred angles in a nice and controlled way” explained Rob Drewett. “Creating powerful and authentic action shots is every DP’s dream. The ultimate goal is to create scenes that feel so real you could be there, a need driven by the viewer’s appetite to feel part of the action. Audiences want to be on the edge of their seats, they want to be on the rollercoaster ride of emotions created by the scenes on screen. Many would argue that even with all the amazing advancements in CGI and post production magic, nothing really compares to recreating the action for real and capturing that on camera. It is a highly complex task, with precise choreography that requires the utmost precision with very little room for mistakes. This is one of the reasons why we developed the AGITO, which time and time again has proved to be the perfect tool to use to guarantee the best delivery in terms of safety and quality of the shot.”

AGITO is an example of the extent to which technology is evolving to produce incredible shots without the need to put any production crew members at risk.

As far as this shoot went with Top Gear, AGITO paired with the ARRI SRH-360 captured some spectacular footage of the Aston Martin Victor being unleashed at the mighty Dunsfold Aerodrome!

“One of the best days I’ve had operating AGITO” – Alex Harrison.