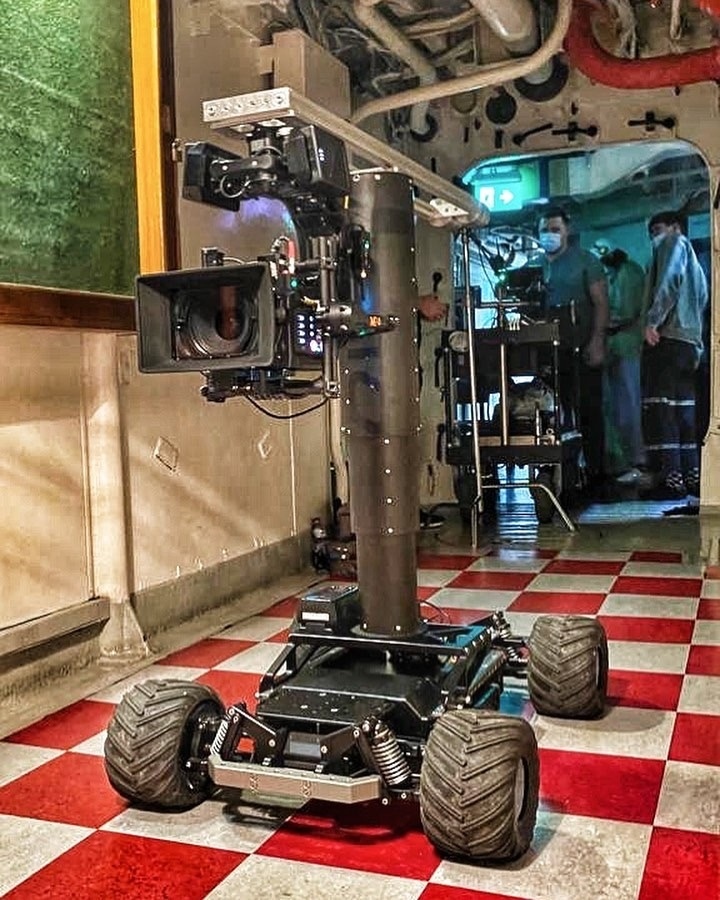 Cinematographer James Davis of Motion 24 and Action 99 is no stranger to the AGITO; having used it on a number of projects in the past. This past experience meant that when he was approached to work on upcoming horror, The Queen Mary, a film largely shot on location in the tight corridors of the HMS Belfast, he knew just the tool for the job.

Davis explains that the restrictive width and height of the passages on the HMS Belfast created an environment that would have been incredibly challenging to shoot in with a crane, track and dolly or handheld camera. Meaning that the compact size of the AGITO was in some cases not just the best but only option.

Davis discusses the AGITO’s size stating, “With the camera and everything, it’s probably still under half of what the lightest dollies out there weigh.” The lightness of the AGITO was incredibly useful as the shoot took place across multiple levels of HMS Belfast which has no lifts, meaning that all kit had to be carried down and up stairs to reach shooting locations.

The AGITO’s ability to replicate movement was also a key ability for this project due to the need to sync movement to music. Davis comments that, “The camera can track in exactly the same speed every single take without any chance of error. As long as you hit that accelerator, within a few tenths of a second correctly, then it’s going to be pretty, accurate.” This reliability enabled the team to gain the shots that they needed as efficiently as possible allowing them to get out of the restrictive environment as quickly as possible.

This reliability and effectiveness is something that Davis has seen on all his shoots with AGITO. Davis discusses the industry’s acceptance of AGITO over more traditional methods stating, “I have some DoPs on jobs that are literally recommending it in preference over a combination of or more traditional options because of its flexibility.” This acceptance of newer forms of kit is refreshing and demonstrates a shift in the industry and an acceptance to take on newer forms of kit such as AGITO.

The AGITO’s time on the set of The Queen Mary, shows that it is able to thrive and deliver spectacular shots in environments that its human counterparts may struggle to perform safely in. This once again highlights the importance of innovation when aiming to create safe shooting environments and shows that shooting safely does not have to mean boring visuals.