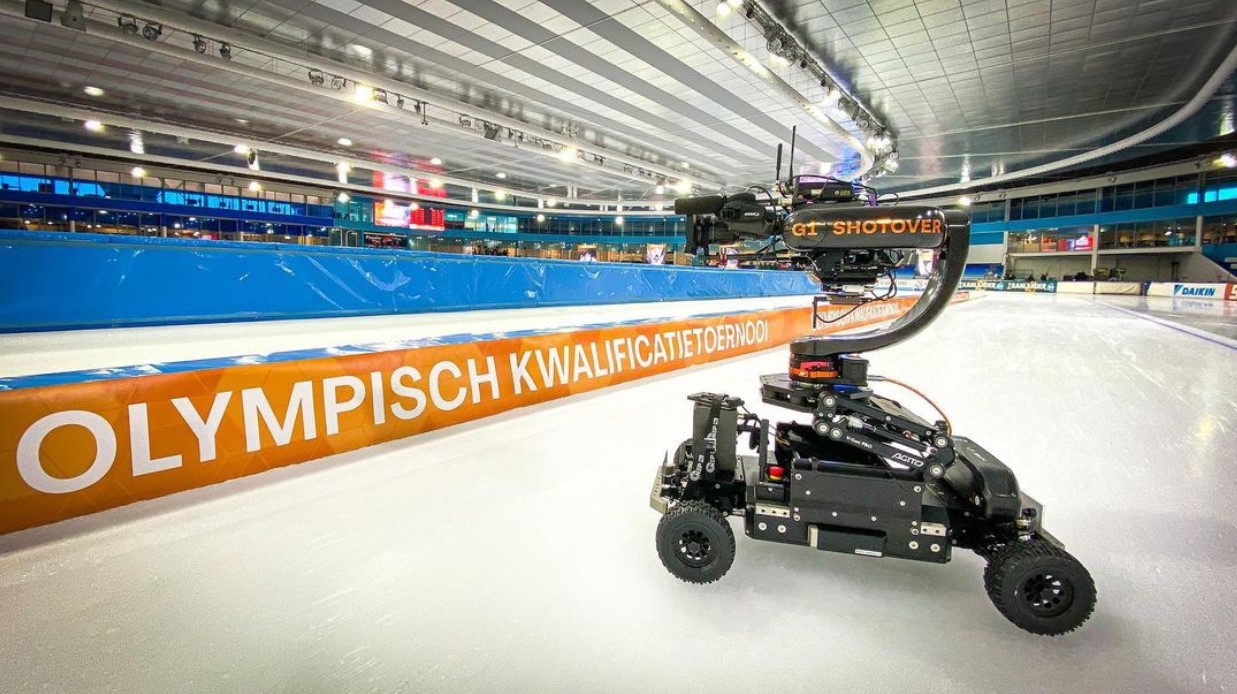 There are few environments less forgiving for a cinematographer than the ice; yet that is exactly what Bas Thijssen has mastered using the AGITO. Making it the tool of choice for skating events in the Netherlands, with it now being used for every official speed skating race in the country.

Bas’ love for the AGITO comes from the way that it modernises the world of sports and broadcast. He states, “Tools such as the AGITO, the U-Crane arm and the Ronin have contributed to a change in the way sport is captured, allowing for more movement in the shots”. From his interest in pushing the boundaries of sports broadcast it makes sense that he would also want to push the boundaries of his kit.

Speed skating wasn’t Bas’ first project with the AGITO, it was the iconic Dancing on Ice. Working on this show pushed the AGITO’s flexibility to the maximum with the dollies’ movement being choreographed to allow the operators to move in sync with the skaters. The AGITO’s size was also essential for this shoot as it meant that the skaters were not distracted by it being on the ice with them, with Bas stating that “they often didn’t see it”, yet another reason why the AGITO’s agility was vital. Dancing on Ice perfectly prepared Bas for the National Skating Trials as well as The Olympic Skating trials and when the preparation for these shoots began, he knew exactly what piece of kit he needed. 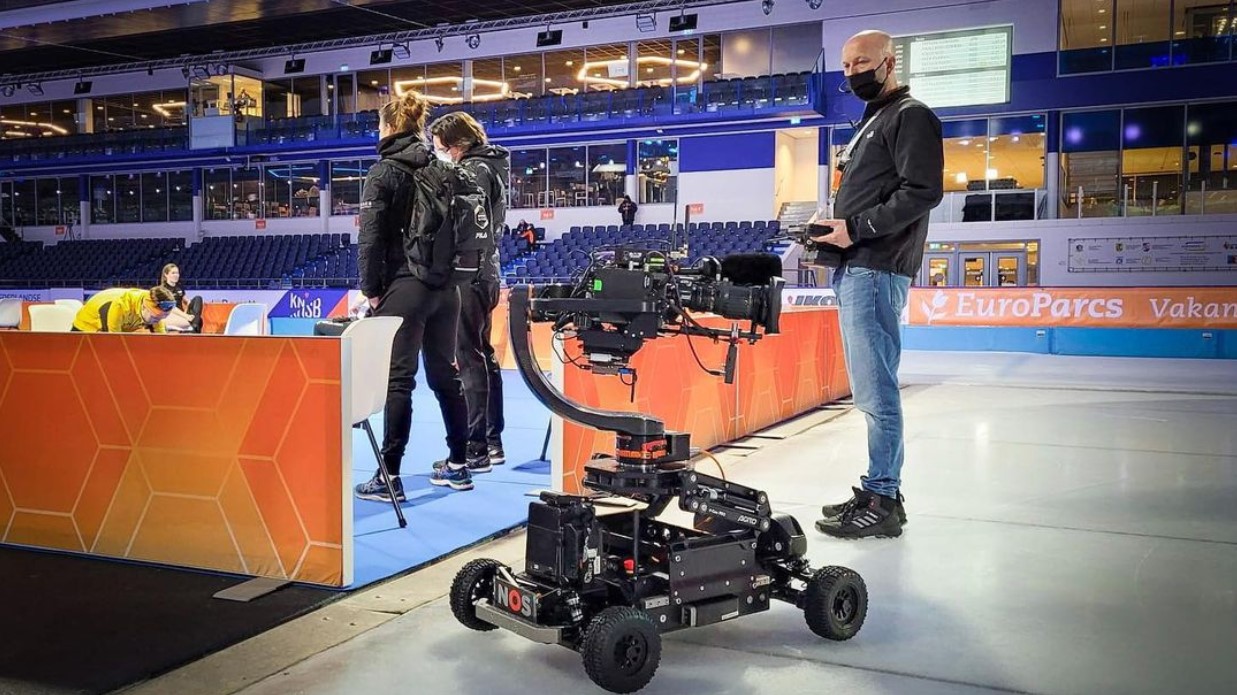 The AGITO is uniquely suited to the specialist speed and movement requirements of shooting speed skating, With it being routinely used at 25 km/h, a speed which allows the AGITO to keep up with the essential action of the races. Bas discusses AGITO’s speed stating, “that’s the real benefit because we’re driving around during the race, and one minute you’re driving 25 km/h, the next you’re driving in between the skaters while they’re preparing on the benches, at around three to one km/h, really, really slow. That’s really cool, that you can do both with the same machine.” This low-speed approach allows the AGITO to capture close up shots of the skaters before a race allowing for the creation of unique shots opposed to the standard overhead shots of the starting positions.

The AGITO captures the action using its all-terrain wheels which allow it control and grip without damaging the ice on the in lane and allowing for it to repeat its route throughout the competition. The use of standard wheels also allows the AGITO to take on the role of the interviewer at some events approaching contestants at their positions in the stands and relaying questions from interviewers. This versatility allows for the creation of diverse content whilst helping to maintain social distancing on site.

All in all, the AGITO’s agility and speed make it the perfect tool to withstand the pressures of shooting on ice and to enable cinematographers to push the boundaries of their industry.