We are excited to announce our innovative Virtual Production Suite has been awarded an Epic Games MegaGrant! 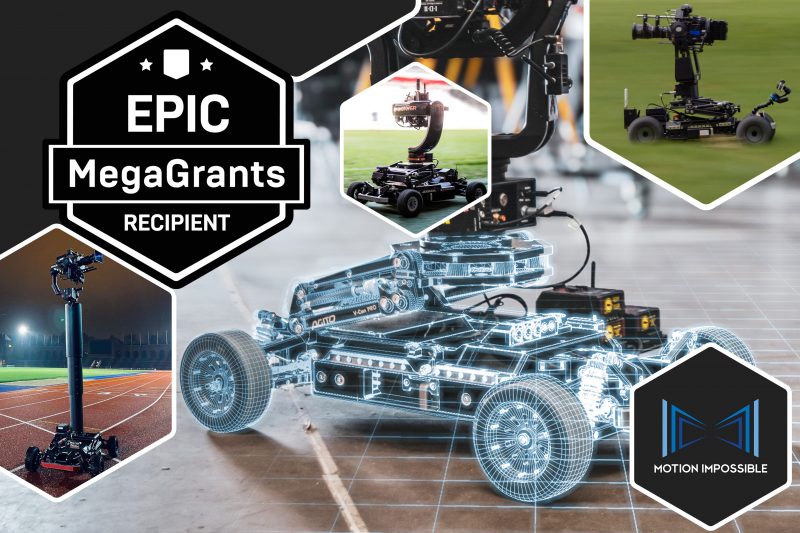 We are excited to announce our innovative Virtual Production Suite has been awarded an Epic Games MegaGrant!

We can finally share with you our excitement at being awarded an Epic MegaGrant, to be used to help further the development of our innovative new Virtual Production Suite (VPS). This is being developed to help camera operators and DPs around the world simulate scenes with the AGITO remote camera system as part of pre-viz or tech-viz production processes.

The Epic MegaGrants are part of a $100 million fund, developed to drive 3D graphics innovation. This was set up by Epic Games who are the developers behind the Unreal Engine real-time 3D software. This provides the platform from which many of today’s leading games, and an increasing amount of VFX, virtual sets, VR, AR, and other high-profile CG work are built.

Based on the Unreal Engine, the MI VPS will enable the production community as a whole to visualise scenes and build sets via a tool that allows them to control a digital twin of AGITO using the real-world Master Controller. Once on set, the choreography developed within the VPS can then be repeated as many times as required.

“Productions want to utilise their time on set in the most efficient way they can, and by being able to pre-viz all their AGITO camera moves beforehand they can achieve much more in a shorter space of time,” comments Rob Drewett, MI’s CEO. “The VPS will also be able to capture data about the AGITO’s performance and that of the cameras mounted on it which will be invaluable for VFX teams working on complex shots.”

The MI VPS can also be used for remote training and familiarisation, allowing the company to build a training platform that accurately simulates the dynamics of AGITO in the virtual world. Widening the user base of skilled operators trained on the system.

“We are very grateful and delighted to have been awarded this grant by Epic Games, Unreal Engine is an extremely powerful tool, by being able to simulate the real world AGITO performance in the virtual one we can introduce more people to its capabilities. Helping them to understand just what degree of versatility, flexibility, and speed AGITO can bring to camera movement on set.”

The future of movement is already happening.